If you’re going to the Galapagos Islands, you probably have a wish list of what you hope to do–bask on the beach with sea lions, watch blue-footed boobies dance for their mates, swim with tortoises. But there are some experiences that you probably didn’t even know were possible, because most cruises don’t offer them. Myths and Mountains does.

For starters, what about meeting the locals while you travel the Galapagos Islands? Yes, only four of all of the Galapagos Islands are inhabited, including Floreana and San Cristobal. And have they got tales to tell! The most mysterious was the subject of The Galapagos Affair: When Satan Came to Eden, a riveting, true-crime documentary 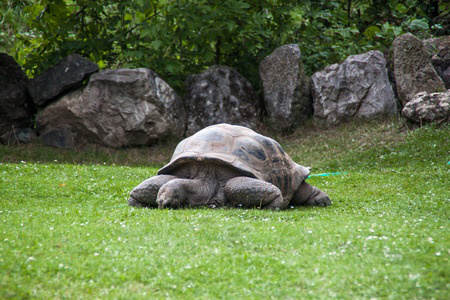 Then there’s the food, and we’re not just talking restaurants. We mean having dinner by candlelight at an organic farm and meeting its owners, or savoring freshly caught seafood with the fisherman–or woman–who caught it.

The reason Myths and Mountains can offer such a unique journey of wildlife and culture is that we have an expert on board. Allie Almario, our vice president, has been traveling to the Galapagos for more than 20 years. She’s served as president and executive director of the International Galapagos Tour Operators Association for a decade and was a consultant and editor for the best-selling guidebooks, The Galapagos Islands: The Essential Handbook among others.

The real test of Allie’s expertise came in arranging travel logistics and obtaining filming permits for the directors and crew of The Galapagos Affair. Not an easy undertaking in a remote area that usually only allowed limited wildlife filming–the animal kind–in the past. And, because of Allie’s many connections in the Galapagos, the directors were able to meet and interview many of the people featured in the documentary, including some of the real-life characters who had been in the Galapagos in the 1930’s when the scandal erupted.

“After more than a dozen trips to the Galapagos, I realized that tourists will spend an entire week on the islands and will never speak to a local.” says Allie. “I thought it was a shame that there was such a disconnect between the ‘us’ and ‘them.’ That was my inspiration to create a trip that took that barrier away.”

A Galapagos Islands tour is not only a step back in evolutionary time; it’s a look at the human history of the islands, too.