Nepal’s history is replete with disasters–earthquakes, floods, mudslides, avalanches, droughts and fires. Experts go so far as to say Nepal is one of the most disaster-prone countries in the world. But the fact that some 8,000 lives were lost in the April 25 earthquake and aftershocks makes that catastrophe the most devastating event this small, landlocked country has ever experienced.

The Kindest People On the Planet

Thankfully the international community immediately came to Nepal’s aid, but as we watch the nightly news, delivering that assistance has been a challenge. Now, perhaps more than ever before, the generosity and resiliency of the Nepali people is being put to the test.
It seems so unfair that people who are so willing to share with travelers the little that they have, should have to go through this tragic event. Not only must they endure their personal grief, they must also rebuild their homes and communities and their archaeological heritage.

I fell in love with Nepal and its people on my first trip there in 1984. Since then I have traveled and trekked in more 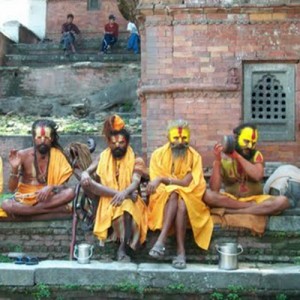 parts of the country than most Westerners. Nepal tourism is a hallmark of Myths and Mountains, and I plan to continue taking travelers there now. Next to foreign aid, Nepal tourism is the largest source of revenue for the country. One way to help them is to go and visit.

Despite the earthquake in Nepal and the rubble and ruin you see on the nightly news, Kathmandu stores are open, main roads in the city are clear, and hotels–particularly those Myths and Mountains travelers like, such as the Yak and Yeti and Dwarikas–are operating.

Bodhanath was damaged but still stands, as does Swayambunath, although there is destruction to the shikaras and surrounding buildings. Pashupatinath was not damaged. Patan and Bhaktapur were badly damaged, but not all is a pile of bricks, including the famous Nyatapola Temple.

For trekkers, many routes, such as the Annapurna trail are okay for trekking, Royal Chitwan National Park is undamaged, as are areas away from the epicenter of the quake. 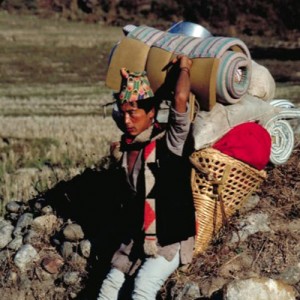 Almost from the first day after the earthquake READ Global, founded by Myths and Mountains in 1991, has been helping villages damaged by the Nepal earthquake with blood banks, tents, and ambulance service. Trucks manned by READ staff have been delivering everything from sanitary pads to tents to villages.

Once the immediate needs in rural villages are met, READ centers will continue to play a critical role in helping those villages rebuild. To learn more about how you can help, visit READ Global.