On June 11, the Bhutan soccer team lost to Hong Kong in what was their biggest challenge in qualifying games leading up to the 2016 World Cup. Just to have made it to this second round of the World Cup playoffs was something of a miracle and an inspiration to boost an interest in the game on their home fields. 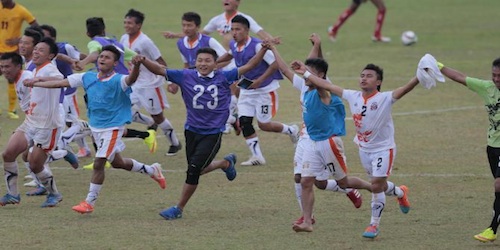 On June 11, the Bhutan soccer team goes up against the Hong Kong team in what will be their biggest challenge so far. And, just to have made it to the second round of the World Cup playoffs is something of a miracle.

Soccer may be the most popular sport in the world, but until the 1990’s, you weren’t likely to see soccer balls being kicked around in a village. In fact, if you’ve taken a Bhutan tour, you probably noticed there isn’t as much level ground in Himalayan villages and no formal soccer field in sight.

Some Bhutanese culture watchers say the breakthrough came as recently as 1992, when the ban on television was lifted. Others say students from Bhutan who had been sent to school in India brought it home earlier, along with VHS tapes of major games.

Today, young Bhutanese children don’t even remember a time without soccer. And adults as well as children are eagerly awaiting the next qualifying match. The AFC Asian Cup, begins in mid-June and end in March, 2016. 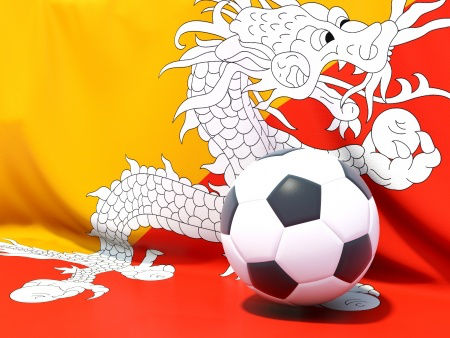 Meeting the Next Challenge

Having won the first round of qualifying games against Sri Lanka in March, Bhutan has moved from the bottom of the pile, where they were in last place as number 209, to 163rd place. If they claim victory over Hong Kong on June 11 and again on October 13, they will continue up the line of the second round, playing a group that includes China, the Maldives and Qatar. The second round ends in March, 2016. Then the winners and runners-up proceed to the next qualifying World Cup stage.

The marvel of leaping ahead by 46 places this year is not lost on the average Bhutanese. Twenty thousand people crowded into Changlimithang Stadium in Thimphu to watch the home team beat Sri Lanka. Admission was free, and hundreds more fans waited outside.

Winning Against the Odds

With no funding and little expense-paid travel, the team had only played two major games in the past two years! Most team members are either young students, who must drop out to help support their families when they finish school, or part-time athletes with a day job. Team captain Karma Shedrup Tshering, for instance, is a pilot for Druk Air. Now, the government is providing some funding and revamping the stadium.

Want to know more, contact Myths and Mountains to plan the trip of a lifetime.

Have Questions? Reach Out Today.
0shares