Traveling to the Annapurna Circuit

Deciding the best time to hike the Annapurna Circuit is an elimination game.  You can rule out December through February–too cold. Take May off the list–too hot. And you certainly don’t want to go in the summer–too wet. June through September is the monsoon season, when as much as 70% of the annual rainfall occurs.  This is also when rock fall and landslides are most likely to occur.

That leaves two times when hiking the Annapurna Circuit is best:  October through November and mid-March to mid-April.  These are the times when Myths and Mountains schedules its Annapurna treks. 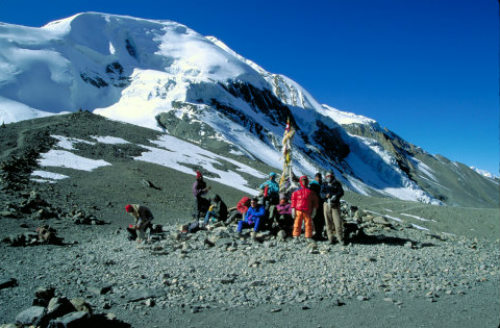 Now there’s another consideration: earthquakes and aftershocks. Fortunately for the Annapurna region, the earthquake in April caused little damage.

According to a recently released report of the region commissioned by the Nepali Ministry of Culture, Tourism and Civil Aviation, only 6 of the 250 guesthouses, inns, and hotels in the area were affected by the quake. And of those accommodations, the damage required only minor repairs.  Just to be totally safe, however, this fall, Myths and Mountains will be setting up campsites along the way, rather than staying in lodges.

The July report further concluded, “All 30 bridges on the trails are safe.”  However, two trails are being rerouted and two villages were deemed hazardous because of the possibility of landslides.

Areas at risk are Bagarchhap, Bhratang, Kagbeni and the southern part of the Annapurna Sanctuary–that is, the area between Kimrong and Chonrom/Jhinu Danda. Further study of these places is needed, the report suggests, particularly after the monsoon season.

Knowing that the report recommended checking frequently used trails after the current monsoon season, Myths and Mountains will have its staff double check to assure that all is safe for trekkers.  That said, people need to remember that this is an “adventure travel trip,” and hiking trails, whether in Nepal or on our very own Appalachian Trail in America, are not superhighways.

How Long is the Annapurna Circuit? 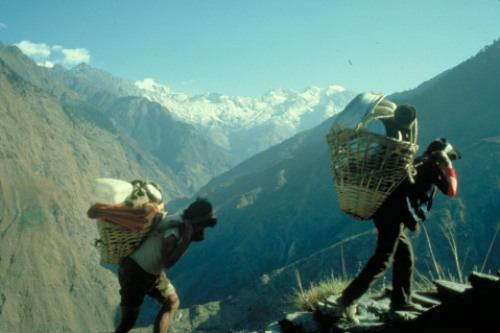 Annapurna in north-central Nepal is the tenth highest mountain in the world, because it’s massif–the highest point of the 34-mile-long range–reaches a height of 26,545 feet, about 3,000 feet below Mt. Everest. The Annapurna range is named for the Hindu goddess of grain or the harvest.

Since the Annapurna massif is considered the most dangerous to climb of all the 8,000 meter peaks, most visitors are happy to just walk around it. Each year about 115,000 people visit the region and many do complete the 100-145 mile long Annapurna hike. (The trek distance varies, depending on how far you initially go by van or truck.)

The route around the Annapurna was opened to foreign trekkers in 1977, and it has since become the most popular destination in Nepal.

When to Hike the Annapurna Circuit

The best time to hike the Annapurna Circuit is in October, when the monsoon season ends.  The heavy rains have cleared the air, making views of the Himalayas especially dazzling.  It’s also generally a safe time, because the slopes aren’t too moist and slippery. And, finally, the temperature is just right, neither too hot nor too cold.

Annapurna hikes in early spring–March and April–before the monsoon season begins are another good option. The rhododendrons and other flowers are in bloom, decorating the trails in spectacular colors.  This is also the warmest time, which makes it appealing to travelers who don’t like the cold. 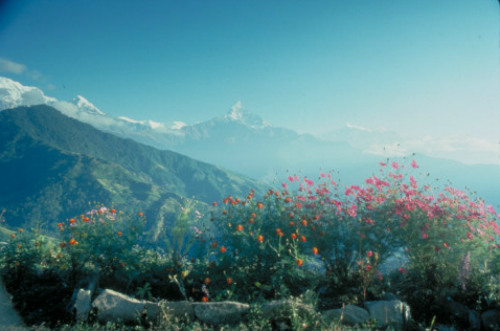 Although travelers trek the region year-round, we recommend avoiding the heavy downpours of the monsoon season that make the trails slick and muddy and cause rivers to rise. During monsoon, flights may be canceled, views are often hidden by clouds, and leeches emerge in full force.

Hiking the Annapurna Circuit in the fall and early spring doesn’t guarantee clear skies and balmy temperatures.  Even in the best times, weather in the Annapurna region may change as you reach higher altitudes.

Remember these are the Himalayas! On perfectly clear blue-sky days, a sudden storm can sweep up from the Bay of Bengal and drop up to 36+ hours of snow on a trail. These heavy snows at higher elevations pose a serious danger to those unfamiliar with the route, lacking the proper gear or trekking without an alert local guide who knows both the trail and the weather patterns.

When you go, even at the best times, be prepared for anything.  Even though balmy days and clear skies are typical just before or after the monsoon season, we still advise packing long underwear, gloves, rain pants, and a warm and waterproof jacket. If you are warm, dry and have a full stomach, life will be good!

Ready to travel to Nepal?

Now that you know the best times to hike the Annapurna Circuit, it’s time to book your travel with Myths and Mountains! Check out our variety of Nepal travel experiences!

Have Questions? Reach Out Today.
39 shares

Ready to explore the highest peaks in Nepal?

Select from one of our handcrafted custom travel experiences to Annapurna and Everest Base Camp.