Cuba is just 90 miles and a 45-minute flight from Florida, but it feels like a country stuck in another era. If you have never been there, we’ve prepared six helpful suggestions to make traveling to Cuba go smoothly.

1. Photography Tips for Snapping Pics of the Cuban People and Their Cars

In Havana, you’ll see folks in colorful costumes posing for photographers. Some may ask for a tip, and it’s appropriate to give a CUC (less than a dollar in local currency). Others are genuinely happy to pose for you for free. In that case, take the picture, thank them profusely and, most important, show them the picture you’ve taken. This interaction almost always ends with giggles and a warm hug for you. 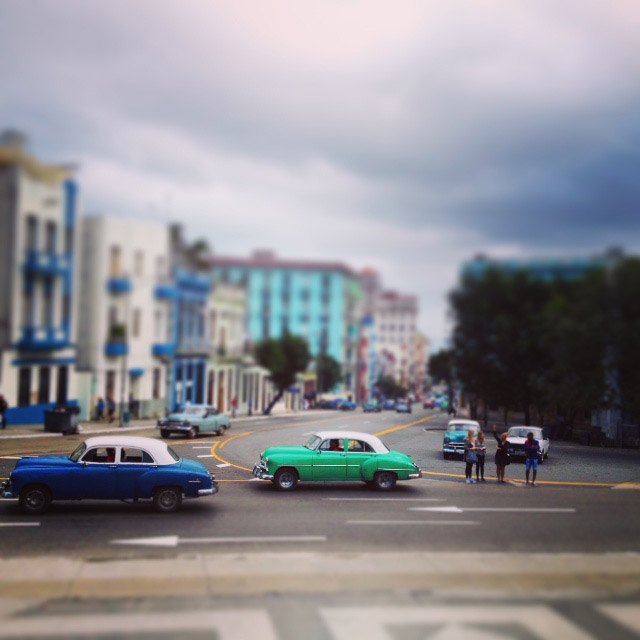 Instagram is one of our favorite mobile apps. It offers an interesting option to use called “tilt shift,” which keeps part of the photo sharply detailed and fades the background.

When touring a cigar factory, taking photos of the workers may not be allowed, so ask before you shoot. And as in some art museums throughout the world, photography, especially with flash, is prohibited.

With thousands of classic American cars zooming through the streets of Cuba, barely held together with spit, duct tape and a prayer, you’ll find yourself taking lots of photos of these beauties. Their colors are irresistible, ranging from minty green to hot pink to blazing red hues.

Try shooting cars from different angles, not only from the ground level. A low angle shot with the lens looking up at the car will capture some of the iconic historical buildings in the background. Or try shooting down from a higher vantage point. The view down into a convertible, for instance, will capture details like the wide leather seats and giant steering wheel.

2. How and What to Give Away To Cubans

Among the most striking sights in Cuba are the stores literally lined with empty shelves. Not only are many people poor, but also there is very little to buy. Cubans receive a small monthly ration from the government that includes six eggs, five pounds of sugar and five pounds of rice. Other basic goods are not abundant if they are available at all. 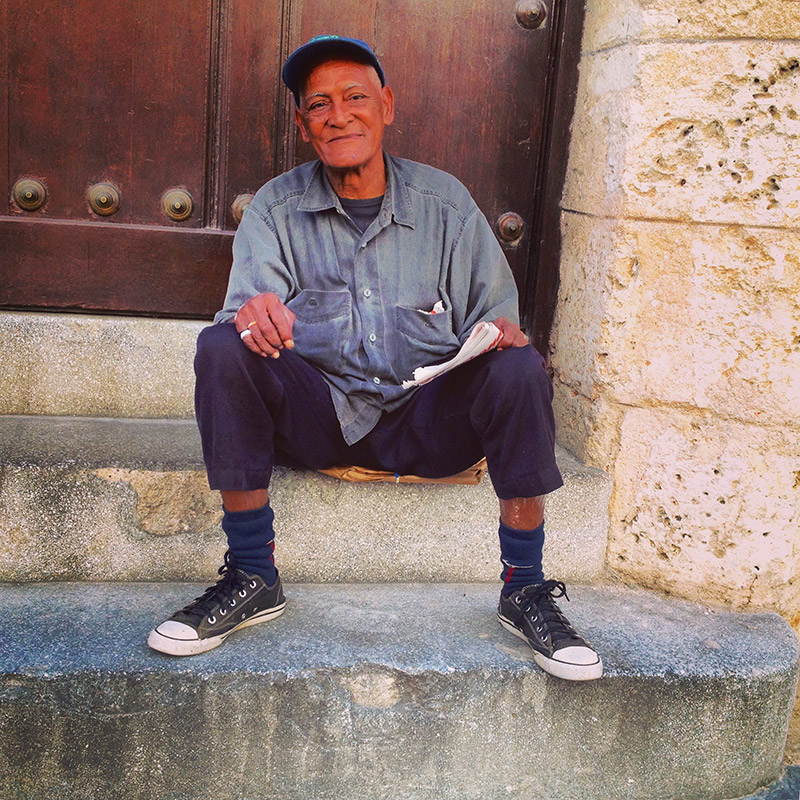 If you plan to bring some small donations to give away, consider
items that can be used for a specific and useful purpose rather than disposable, fun, novelty items. Ask if your local guide can arrange a quick stop at a village clinic where you can drop off simple medical supplies like surgical masks, aspirin and Band-aids that will be useful. For more information on best practices for giving away gifts while traveling abroad, read our blog on Ethical Tourism:

Americans are allowed to bring $400 worth of goods from Cuba back to the US. However, only $100 of that $400 can be cigars and rum combined. Best prices for both cigars and rum are at shops adjacent to cigar factories. Sometimes, if the sales staff knows you’re an American, they’ll switch out price tags on cigar packages so it looks like you spent a little less than you really did. Shhhh, it’s a very common practice.

Don’t forget to track your purchases carefully and keep receipts. When you return through US customs, you may be asked to show proof of your purchases.

We must admit that you won’t find much other than Cuban cigars and rum to bring home.

Depending on your taste in art, you might like the brightly colored paintings that feature typical Havana scenes, such as old plazas, palm trees and, of course, the classic American cars.

Leather goods are popular souvenirs, but like most of the amateurish handicrafts–the fake license plates and woodcrafts–they are splattered with the word CUBA on their surfaces.

As for clothes, your best bets for men are guayabera, popular shirts made of lightweight linen or cotton, and fedora-style hats with narrow brims that are similar to Panama hats.

Many trips include daily breakfast at the hotel. For your other meals, you are likely to try one of the many paladars, privately owned restaurants as opposed to state-run ones, that specialize in typical Cuban dishes. For those who enjoy mojitos–the ubiquitous cocktail with mint, lime juice, sugar and white rum–you’ll be happy to know that the drinks are included with most lunches and dinners. (Yes, it’s okay to ask for a mojito “sin” (without) alcohol. For those who favor beer, common ones are Cristal and Bucanero.

The typical fixed menu is a generous mix of flavorful dishes. You won’t go hungry! A loaf of bread served with oil and balsamic vinegar for dipping is a favorite starter. Then your table will quickly be loaded with staples, such as moros y Christiananos, a rice and black bean dish, and ropa vieja, a type of shredded lamb or beef in a zesty tomato sauce. Side dishes, such as cheese tamales; croquettes of taro, fish, spinach or ham, and boiled sweet potatoes or yucca.

For dessert, the flan is a must. It’s a delicious and creamy, caramel-flavored custard.

Finally, no meal is complete without a rather strong Cuban coffee, a big flavor explosion served in a tiny cup.

Cuba is still trying desperately to catch up with some of the Western influences.  You’ll notice right away that credit cards or traveler’s checks are very rarely accepted anywhere on the island.  Come prepared to carry lots of cash in small bills (a minimum of $500 per week) to cover tipping, meals not included in your tour, and souvenirs.  Make sure your US dollars are in excellent condition, not written on or torn.  While the exchange rate from the US dollar to the Cuban CUC changes constantly, as of November 2016, it is almost equal ($1 US dollar to 1 Cuban CUC).