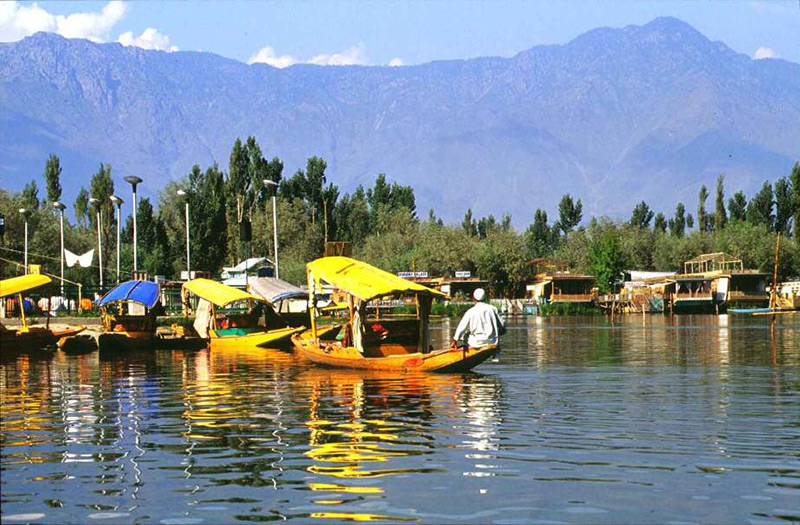 Ladakh and Kashmir, located in the northernmost state of India, are already the top destinations for many of India’s tourists. There is a ski resort and two vastly different golf courses – one in the desert and one overlooking Dal Lake in Srinagar! Today more and more Western travelers with a taste for rich cultural experiences and breathtaking landscapes are making the journey to “The Land of High Passes.”

BEST TIME TO GO TO LADAKH AND KASHMIR

The region enjoys four seasons, so the best time to go depends on what you enjoy. Keep in mind that this is a land of very high peaks, deep valleys and desert, and each has its own ecosystem and climate.

In Kashmir, spring and summer are when the verdant valleys are greenest and the flowers are blooming.  Fall is usually dry, the green of summer turns to gold, and it is an ideal time for trekking.   Winter is for skiers and admirers of the snow-covered hills.

Ladakh is a high altitude desert, with a very different ecosystem.  The best time for visiting is from May through October.  After October, many of the lodges and hotels close, and the owners head south.  On the other hand, if your dream is to track snow leopards, winter is the time to visit.  Although there are celebrations year-round, May to October boasts some of the most colorful Ladakhi festivals – the Hemis Festival, the Ladakh Festival and others.

FIVE REASONS TO GO TO LADAKH AND KASHMIR 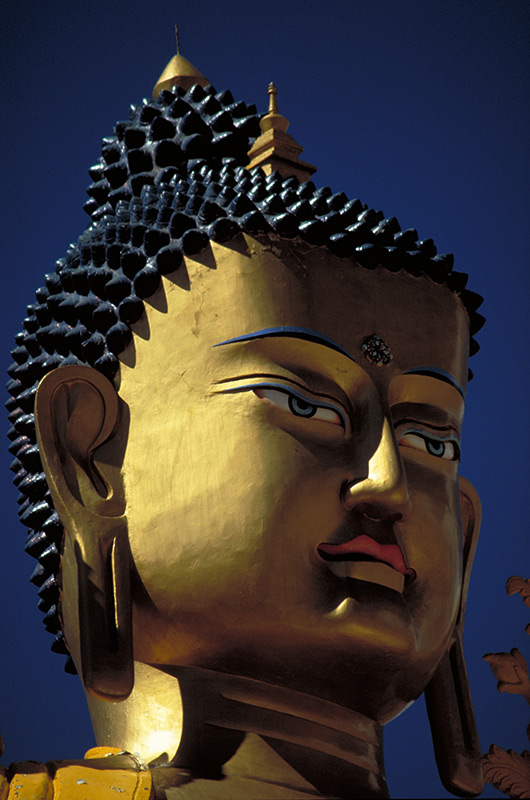 Unlike many Asian countries, the state of Kashmir and Jammu is a multi-ethnic land. Most of the people practice one of three major religions –Buddhism, Islam, and Hinduism. However, there are smaller Christian, Sikh, Zoroastrian, and Jain communities.

Buddhists are the majority in Leh and much of Ladakh, and Muslims predominate in Kargil. Kashmir, in contrast, is 97% Muslim; and Jammu is largely Hindu.

For followers of Tibetan Buddhism, Ladakh, often called “Little Tibet,” contains the summer home of H.H. The Dalai Lama, and claims a far more intact culture than one finds in the Chinese dominated parts of Tibet.

2.  Folk Arts and Crafts of Ladakh and Kashmir

By far the most coveted crafts are the textiles of Kashmir. The pashmina shawls, woven by Kashmiris from the soft wool of the Himalayan goat, are both famous and expensive.  For those with less money, Kashmiris also weave lovely shawls blending different types of wool and silk.  The shawls, as well as clothing and wall hangings, are decorated with elaborate and colorful embroidery, usually done by the Kashmiri men.

3.  Adventure Travel in Ladakh and Kashmir 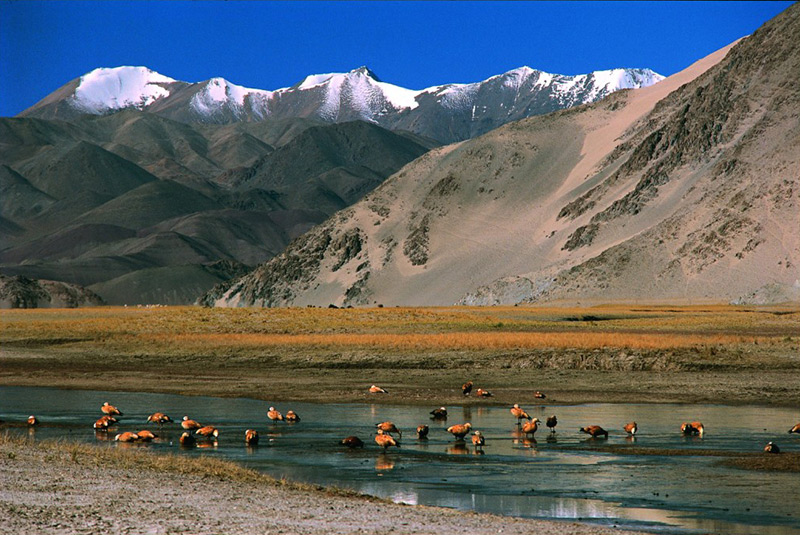 There’s no zip line in the Himalayas, yet, but for lovers of the outdoors, Ladakh’s mountains and the valleys of Kashmir are said to be the most beautiful in the Himalayas.

Ladakh has been called a “Trekker’s Paradise,” with routes for every traveler’s level of fitness and experience. If you prefer day hikes, you can take hike from Yangthan village to the famous Hemis Monastery.  Serious hikers can trek and camp for days in the Nubra Valley.  And trekking in Kashmir’s Ghans Galli will convince you that you’ve found Shangri-La.

Rafting the Indus River, which forms the backbone of the region, or one of its tributaries is thrilling. And for those who prefer calmer waters, there’s kayaking in the blue lakes of Kashmir.

If your adventurous nature includes a love of unusual animals, don’t miss riding the rare, double-humped Bactrian camel over the dunes of Ladakh’s high desert.

And, for the seriously hardy, you might want to track snow leopards through the winter snows and 0 degree temperatures!

Summer and fall in Ladakh are high seasons for festivals, the best way to experience the different cultures and the Tibetan influence.

The longest on-going party in the region is the six-day, government-sponsored Ladakh Festival. It has everything you could wish for in a celebration: Masked dancers from the monasteries, traditional folk dancing, a colorful parade of local people in their native dress, sporting events such as archery, music and, of course, feasting.

The most famous monastery festival is the three-day Hemis Festival, honoring the birth of Guru Padmasambhava.  Every 12 years (This summer is the 12th) the festival becomes especially elaborate as monks unfurl the four-story, giant thanka painting of the Guru.

If you want to avoid crushes of tourists, smaller festivals at monasteries, such as Dak Thok or Phyang are just as enjoyable and often more accessible.

5.  Where to Stay:  Hotel, Homestay, and Houseboat 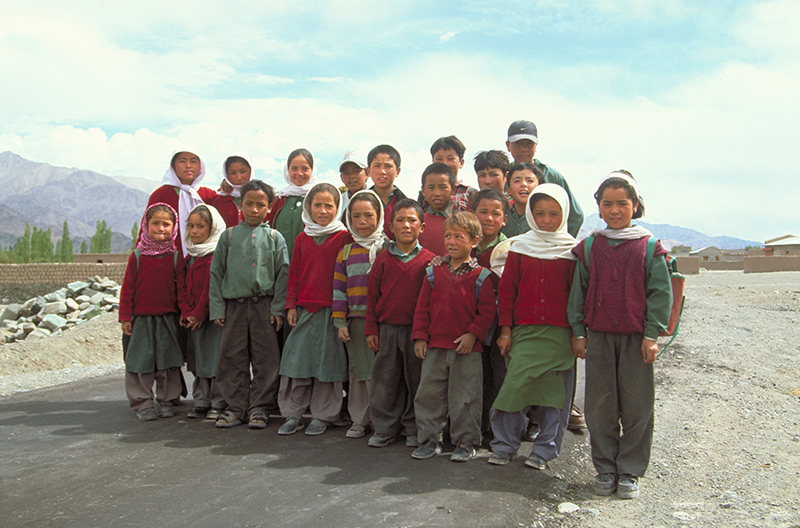 The hotels in the region are improving thanks to the increase in tourism, but there is not yet a “grand” hotel.  Nevertheless, other options give travelers rich, authentic experiences.

A homestay with a local family presents life beyond the hotels and historic sites. You can be involved as much as you like with the family’s daily activities, join them for meals, and get to know their joys and sorrows.

A houseboat holiday in Kashmir’s Nagin Lake in Srinagar is another not-to-miss experience. These floating inns have been catering to vacationers from India and foreign tourists since the 1800’s.  Some of the houseboats have been in the family for generations, and spending at least one day afloat will give you a glimpse of another era.

Traveling to Kashmir Jammu is an epic journey that can lead you to visit other fascinating bordering regions.  You may visit the nearby Spiti Valley, for example. Some say that walking the barren desert of the valley is like walking on the moon.

Want to keep going?  It’s hard to resist driving over the mountains to Dharamsala, which the Dalai Lama and several thousand Tibetan exiles now call home.