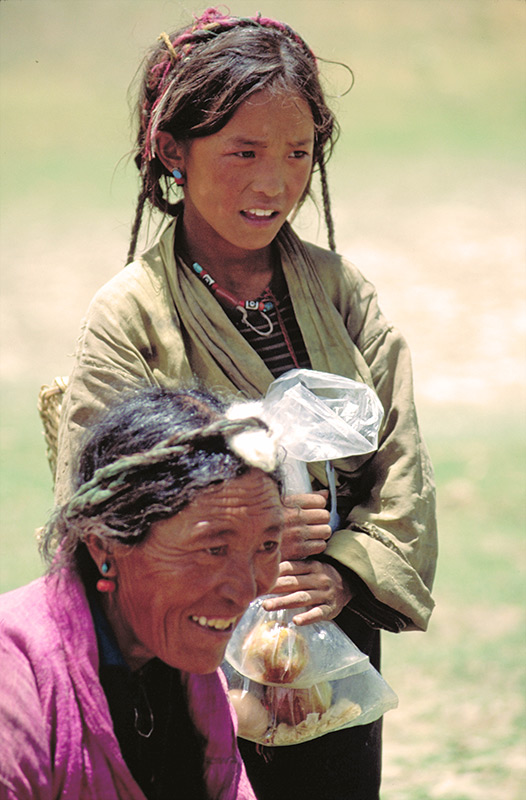 Visitors to the China, or Tibet, north side of Mt. Everest (29,029 feet), have one major advantage over those approaching, Chomolungma, the Tibetan and Sherpa name of the highest mountain in the world, from Nepal in the south: It’s possible to get to the North Base Camp by car! In fact, it’s possible to complete the whole journey from Lhasa (11,600 feet) or up the Friendship Highway from Nepal into Tibet by car, and begin your trek to Everest from there.

For those who prefer to experience the vastness of the Tibetan plateau and the climb into the Himalayas, though, a four- or five-day trek is perfect. The starting point is near the village of Rizong, about an hour and a half drive from the windblown settlement of Old Tingri.

The trail takes trekkers through hills and valleys; across meadows, streams and marshes; over the barren lands of Lamna La Pass, and past Zommug, the highest settlement in the Everest region, to Rongphu Monastery. From there the view of the Mt. Everest peak is spectacular!

The North Everest Base Camp is about a two-hour hike from the Monastery. Many tourists end their trips at Base Camp, but the Myths and Mountains’ trekking journey continues higher and higher, to the Japanese Camp (17, 913 feet), the Interim Camp (19,028 feet), and finally the Advanced Base Camp (20,800 feet). This is a challenging trek but technical climbing skills and equipment are not needed.

Tibet has four seasons, but remember, weather patterns today are not always predictable, given the effects of climate change. Temperatures at North Base Camp do not typically fall as low as other areas on the Tibet side and can be as warm as 48°F.

Spring at North Base Camp

Generally speaking, spring – Mid-April, May and even mid-June – are ideal times to visit the North Everest Base Camp. Ice is melting, roads are open. The area is not as cold as in fall and winter, and there are clear views of the mountains. You need to be prepared, however, for if the snow has not cleared on the passes, as can often happen in early spring, driving or trekking can be quite difficult.

Fall at North Base Camp 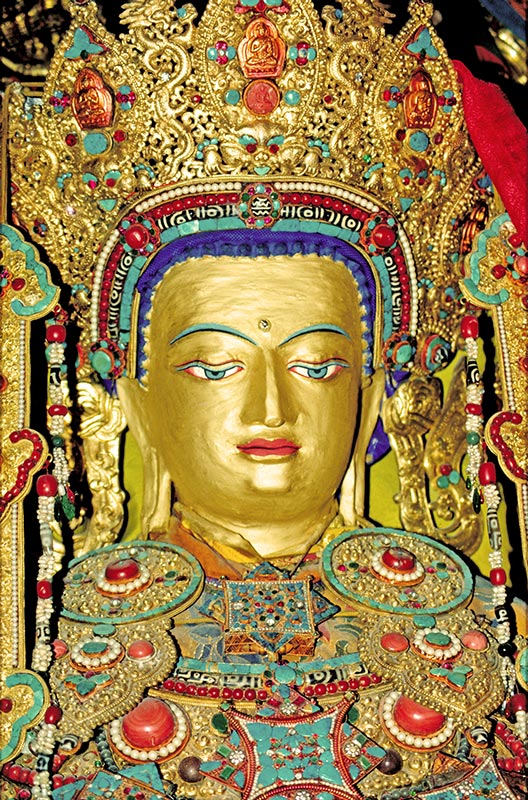 Mid-September to November, after the monsoon passes and before the harsh winter arrives, is another window of opportunity for magnificent views of Mt. Everest. The clouds have cleared, but there may be snow and temperature can drop quite low.

Summer at North Base Camp

Mid-June through August can be rainy at times, although nowhere near as rainy as in Nepal. Also, unlike Nepal, there are no leeches and roads and trails are free of snow and definitely passable. In summer, however, the mountain is more “shy,” hiding her face in clouds, so there’s a chance you may not get the clear view you came for.
Note: Summer weather at the North Base Camp is different from other areas of the Tibetan plateau. In fact, summer is a great time for visiting most of Tibet.

Winter at North Base Camp

Provided the road to Rongphu Monastery is open, visitors can actually get to the North Base Camp in winter. (Note: Although Tibet is not technically closed in February and March, the Chinese government may not issue the necessary permits for visiting this part of Tibet.) When it’s not snowing, the winter sky is clear and you’ll be rewarded with a breathtaking view of Mt. Everest. The snowfalls at Tibet’s Base Camp are usually light. But remember, the higher you go, the colder it is.

PREPARE FOR THE UNPREDICTABLE

Regardless of when you go, be prepared for dramatic weather changes. Also nights are cold but days can be hot. Pack clothing that you can layer, putting things on or taking them off as temperatures rise and fall. And don’t forget a hooded, waterproof jacket, waterproof pants and gaiters to keep your feet dry. No matter what the season, you can be caught by rain or a snowstorm!