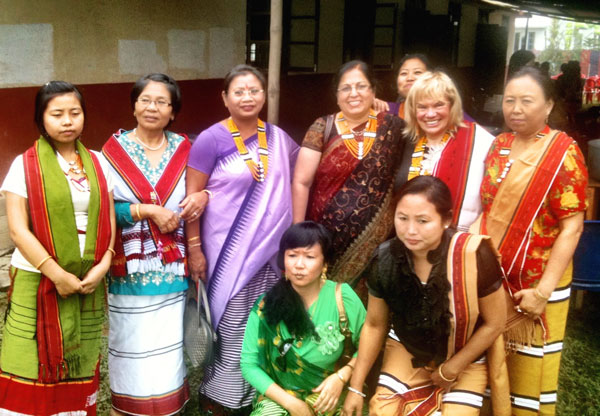 Travel to India to Experience a Diverse Religious Landscape

American visitors to India are astounded by the diversity of religious beliefs in the country. After all, Hinduism, Sikhism, Jainism, Buddhism and several other world religions were all founded there. But there’s another aspect of the culture of which few first-time tourists are aware—India is also a tribal country.

India has always been a country of indigenous people. At last count, the government recognized 645 tribes scattered among its thirty districts. Most are distinctly different from one another. They have different languages, traditions, religions, celebrations, artistic skills, and even clothing.

Rarely visited Northeastern India is home to a panoply of different ethnic groups, among which are the Khasi of Meghalaya, the Naga of Nagaland and the Meitei of Manipur. Members of these groups also have settled in Assam, Arunachal, and other states. Here you find much to enjoy in the villages, and much to take home as unusual travel souvenirs. For instance, for excellent traditional tribal crafts, a must is a visit to the Women’s Market in Imphal, Manipur. 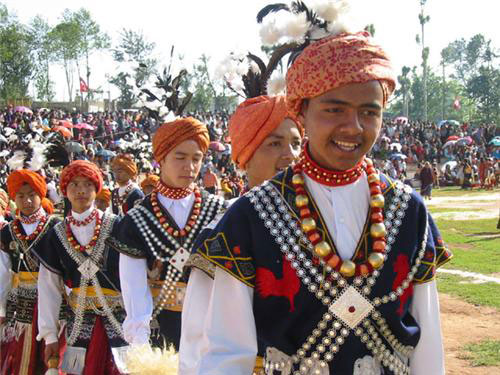 “Can you imagine the shock of leaving your family home and suddenly becoming a dog’s body in your mother-in-law’s house? She gives the orders and you become a good-for-nothing servant.”

That’s what one Khasi man told a reporter from The Guardian. The new husband was describing his life in one of the few matrilineal societies in India. His experience may be extreme, but there is truth to it.

Among the Khasi, the daughter inherits the property from her mother and the youngest daughter in the family is the custodian. A woman may marry as early as 13, but is not forced into an arranged marriage, and can end the marriage even if her husband objects. Children take mom’s name, and belong to her. The husband, as the Khasi man complained, must move into his wife’s home. In a way, moving in with a mother-in-law is progress. Years ago, the husband had to wait to be invited to visit his wife! You might say that back in the day, his presence was needed for only one thing.

What Khasi men and women share is a love of bright colors and jewelry. Although most are peasant rice farmers, to see them at festivals and other celebrations you wouldn’t know that about half live below the poverty line. Their time-honored dress is glamourous, both sexes wear earrings and their traditional crowns and waist chains are silver and gold.

Khasi festivals, often last for days. The Shad Suk Mysiem, the “festival of blissful soul,’ for example, celebrates spring and lasts for three days. Men and women enjoy their rice beer, and gleefully perform the Welking dance, where women dance with each other in a circle surrounded by men, their protectors. A young, single woman may carry a white handkerchief, to broadcast to the tribe that she is a virgin and ready for marriage.

In fall, for five days, the Khasi celebrate Nongkrem to please the Goddess Ka Blei Synshar and to guarantee a rich harvest. The high priest of Meghalaya sacrifices a goat, honoring the tribe’s ancestors and then the festival begins. Unmarried girls, dressed in their finest and most vibrant silks, dance with each other, while the men move to the beat of the drums and flutes, wildly swinging their swords and appearing quite fierce. This spectacle can only be experienced when you travel to India. 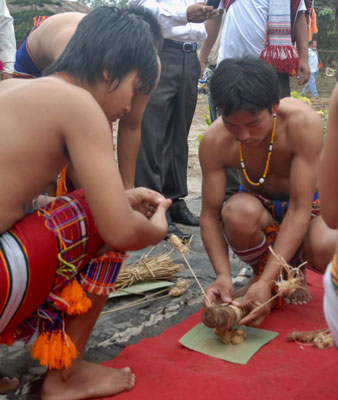 The Naga, primarily of Tibeto-Burman ancestry, are not a single tribe but a collective of some 20 clans that intermarry, since marrying within the clan is considered incestuous. While traveling, you hear the names of some of the tribes – the Maram, Ao, Angami, Chang, Konyak, Lotha, Rengma, Sema, Pochury, and Zeliang. Although they yearn for one independent Nagaland, today’s Nagas are spread out across an area encompassing parts of both India and Myanmar.
Today some 16 officially recognized Naga tribes live and farm primarily in Nagaland, the “land of the hill men,” though some also settled in Manipur, Assam, and Arunachal.

Nagas are fierce fighters, and, until the 1960’s many were head hunters. (Today the “heads” they collect are intricately carved wood ones.) They have fought with various rulers, invaders, other tribes, the British, the Japanese and each other. Actually, after India’s independence from the British, they were the first of India’s tribal groups to wage war on the Indian government for their own territory, 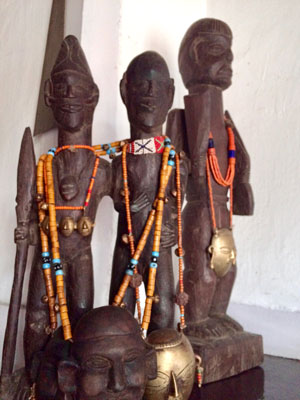 Nagas are as well known for their artistry as they are for their warrior heritage. The weavers use designs and colors unique to their particular tribe. Weaving by the women and wood carving by the men are an important Naga cottage industry. Basketry flourishes, too. In the past, the heads of Naga victims were placed in artistically woven baskets. Today however, the baskets are made in all shapes and sizes to be used for quite different purposes.

Embroidery is highly valued, and the exquisitely stitched, hand woven, traditional shawls of the Angami tribe are a unique gift to take home. Rulers once gave the prized shawls to successful warriors.

The Angami are one of the most in prominent tribes in Nagaland. Their Sekrenyi festival, celebrating the beginning of the lunar year in February, must take the prize for longest running party—it lasts for ten days!

Meitei settlements extend from Bangladesh to Myanmar and Manipur in northeast India, where they are the ethnic majority, representing about 60 percent of Manipur’s population. In India the Meitei have also made their way into Assam, Kohima, Mizoram, Nagaland, and other states. They are an ancient group, and historians have tracked their lineage as far back as 1405 BC in China. By 1507 BC, the Meitei were living and building temples in what is now Imphal, Manipur.]

The Meiteis, like the Naga’s, are a collection of clans. Some of the seven Meitei clans became hill people, following Hindu traditions. Others settled in the valleys and became Christians. But religious allegiances continue to evolve. About 10 percent of today’s Meitei have returned to their traditional, indigenous faith, the Sanamahi religion, one of the oldest in South Asia.

Manipur has been called the “land of deities,” and the Meitei, like the Khasi and Naga, have their own. The Meitei pay homage to about 364 deities. Lai Haraoba is a temple festival in which the Meitei celebrate the arrival of the Gods. It’s also an important occasion for praying for peace and prosperity.

The highlight of this spring festival is—you guessed it—a dance! In this case, it’s a dance drama in which the devotees reenact ancient myths. Children also play a part in the festivities. The women and girls wear colorful skirts and dark velvet blouses, topped off with crowns of roses and feathers. The men and boys wear white dhoti, a kind of long loincloth, and turbans decorated with a peacock feather. The dancers encircle the priest and move to the beat of a drum until they enter a trance.

The festival ends with a wrestling match in which the male opponents, wearing shorts and colorful belts, follow the many strict rules of Mukna, a traditional martial art dating from the 15th century.

Travel to India for an Array of Tribes and Cultures

Khasi, Naga and Meitei are only three of the many tribes in the hodgepodge of India’s people. Certainly, wherever you go in the country, you will find indigenous people proud of their heritage, and willing to introduce visitors to their culture, share their festivals and, of course, sell their traditional crafts.

Interested in cultural travel to India or exploring Indian itineraries? Visit our India trips page and contact us for more information!

Have Questions? Reach Out Today.
2 shares