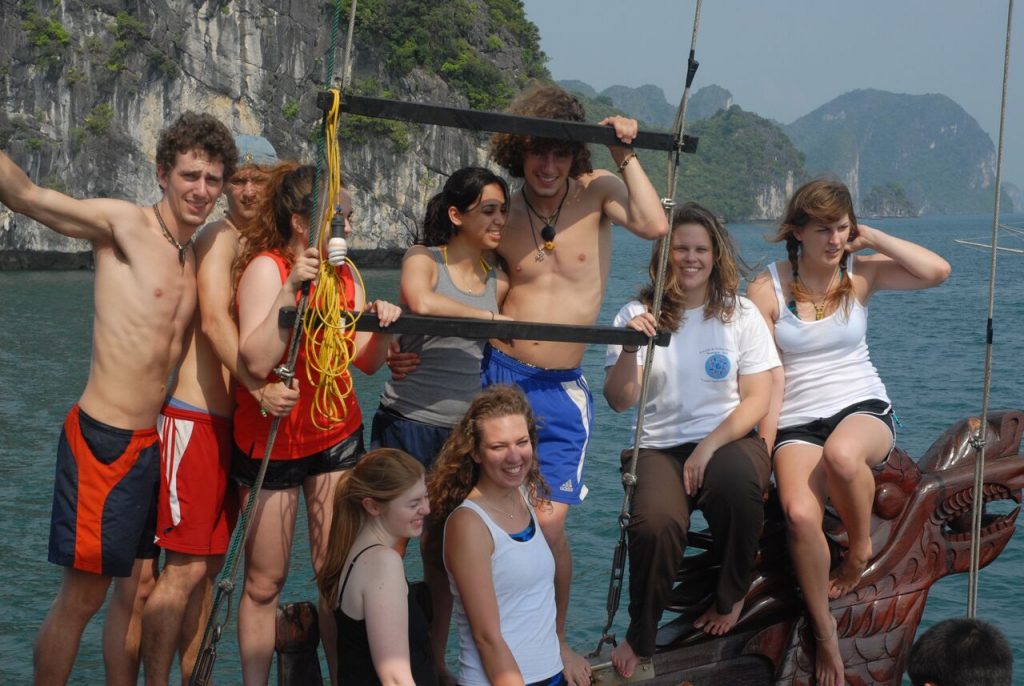 Children are welcome visitors throughout Southeast Asia, but perhaps nowhere are they as enthusiastically greeted as in Vietnam.  When traveling to Vietnam with kids, don’t be surprised if your child is gently patted and co-ed over. Western children are still a bit of a curiosity in Vietnam and highly esteemed because of the Confucian tradition stressing the importance of continuing the family line.

Vietnamese are very tolerant, especially of very young children. There is time enough for discipline, they believe, when children are older. For Westerners that means traveling to and through Vietnam with kids, it’ll be a low-stress vacation. And there’s no shortage of activities and experiences for children from preschoolers to teenagers.

Here are some of our young travelers’ favorite things to do in Vietnam: 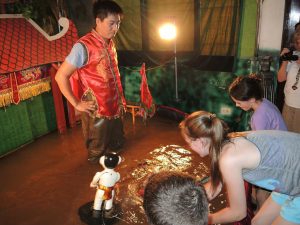 Pint-sized lacquered puppets parade, dance, and do battle with dragons across the surface of shallow pools as if by magic. (The puppeteers are completely hidden from view behind an ornate screen and control the puppets with underwater sticks and hanging strings.) Water puppeteering originated in the 11th century to keep the spirits and the rice-farmers amused, but the performances of the wooden human and animal figures fascinate even the most earth-bound travelers. The audiences no longer have to stand in waist-deep water to see the puppets act out folk tales on flooded rice paddies, but sit in comfortable theater seats. Live folk music of bells, cymbals, flutes, stringed instruments and vocals move the action as the watery stage becomes crowded with more and more puppets.

For child puppet enthusiasts, we can arrange a private show and meeting with a water puppet maker.  Otherwise, the Thang Long Water Puppet Theater in Hanoi is the most famous puppet show.  In Ho Chi Minh City, you can enjoy the show at the Golden Dragon Water Puppet Theater. 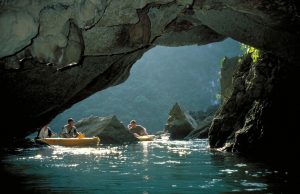 Cruising the “Bay of the Landing Dragon” in the Gulf of Tonkin, about a 3-hour drive from Hanoi, is a must on traveler’s list of things to do in Vietnam. Children will ooh-and-ah at the limestone karst pillars that rise straight up from he sea like giant towers. Named a UNESCO World Heritage Site about a decade ago, Halong is a very popular destination. But few travelers do what your family will do—that is take sea kayaks stored on your larger boat to explore a few of the 1500 islets in the bay.

Kids do feel like real explorers as they paddle or are paddled through hidden caves, emerging in beautiful, secret tidal lagoons where monkeys leap about the trees, fish swim in clear waters and mangroves provide shelter for tiny water creatures.  Touring this spectacular seascape by kayak is a truly unique and memorable experience. It even goes a long way toward preventing travel-fatigue for the whole family. 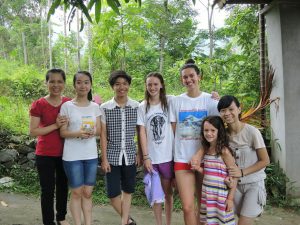 When traveling to Vietnam and shepherding the family from place to place, parents sometimes forget that kids like being with other kids.  And a water park attracts tourists and local children like bees to honey. Language is no barrier, when kids start splashing! Vietnam’s water parks are considered among the coolest in the world.

Don’t be surprised if you enjoy the “epic” waterslides at Hanoi’s West Lake Theme Park as much as your children. For thrills of another kind, you can feed crocodiles between splashes at the Buddhist-themed Suoi Tien (Fairy Stream) Theme Park, which is also an amusement park, outside Ho Chi Minh City or experience the city’s  Dam Sen Water Park with its 31 different water experiences.

4. Visit the monkeys and check out the night wildlife.

Animal lovers should head out 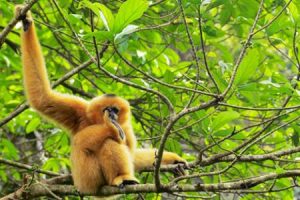 to the Endangered Primate Rescue Center in Cuc Phuong National Park, the oldest national park in Vietnam. It’s a few hours’ drive from Hanoi, but the reward for making the journey is a magnificent landscape of limestone mountains and a botanical wonderland.

The center is a project of the Frankfurt Zoological Society and is home to 15 primate species, some of which are not in captivity anywhere else on the planet. Several species have been successfully bred at the center, including the black langur, a type of long-tailed Asian monkey. The center is devoted to reintroducing rare monkeys into the wild.

Since it doesn’t take much time to tour the primate facility, take advantage of some of the park’s other options. You can go on a jungle trek, search out pre-historic fossils in limestone caves, or overnight in a tent and follow a national park guide to spot nocturnal wildlife.

5. Watch one of nature’s miracles–endangered sea turtles laying their eggs. 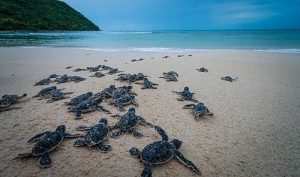 If you plan on traveling to Vietnam between May and October, you may be able to see endangered green and hawksbill turtles lay their eggs. With over 2,000 miles of ocean coastline and island archipelagos, Vietnam has nearly a dozen sea turtle habitats. The largest is in the Con Dao islands, now a national park. About 400 turtles return to Con Dao’s nesting sites each year to dig holes in the sand and lay eggs. Each mother turtle lays about 80 eggs. Seeing the egg laying in progress with a mandatory guide requires a bit of stealth to avoid frightening the turtles.  It also demands at least one sleepless night since the egg laying usually happens about 2 AM!

Con Dao National Park also has a turtle egg hatchery, where turtle eggs collected by park rangers are placed in incubators to protect them until they hatch, and the babies are big enough to release. With luck, your children will witness the release. Surely watching a hundred baby turtles cross the sand to enter the ocean is a sight you will never forget!

Join us on a Vietnam Custom Tour

One of the most peaceful countries in the world, immerse yourself in the Vietnamese culture.