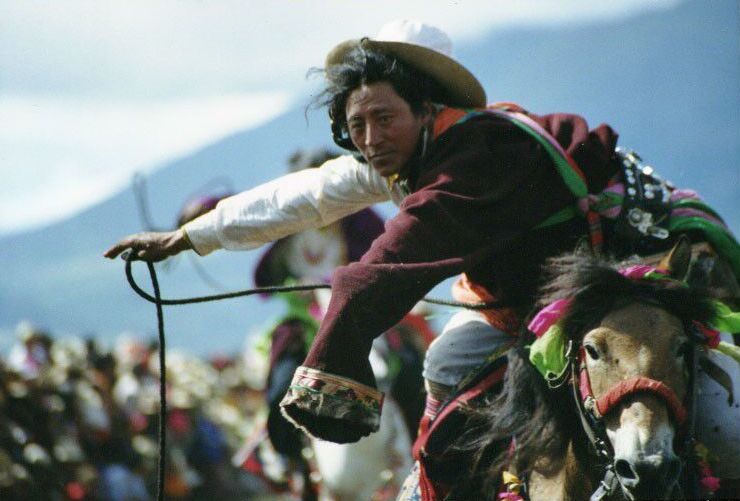 The Himalayas could be called the “Land of Festivals,” because there’s a reason to celebrate almost every week of the year in Nepal, Ladakh and Tibet. Although you can take your pick of the seasons, some of the best festival viewing is in summer when the skies are blue, and the weather is gorgeous. Here are my picks for some of the best summer festivals in the Himalayas.

This remote region of northern Nepal borders on Tibet in the north, and most–but not all–of the festivals reflect the Tibetan Buddhist culture.

This three-day celebration is a kind of “Spring Break” for Buddhists. The festivities mark the end of the dry season and the time for spring renewal. Like most Nepali festivals, however, the true reason for celebration is a religious one. In fact, the name Teeji derives from the words “Prayer for World Peace,” and the festival is dedicated to Guru Rimpoche in hopes of bringing peace and prosperity to the valley and its people.

Since the 17th century, brightly costumed monks have performed sacred dances to rid Mustang of negative influences and bring benefit to all beings.  Elaborate, ritualistic dancing 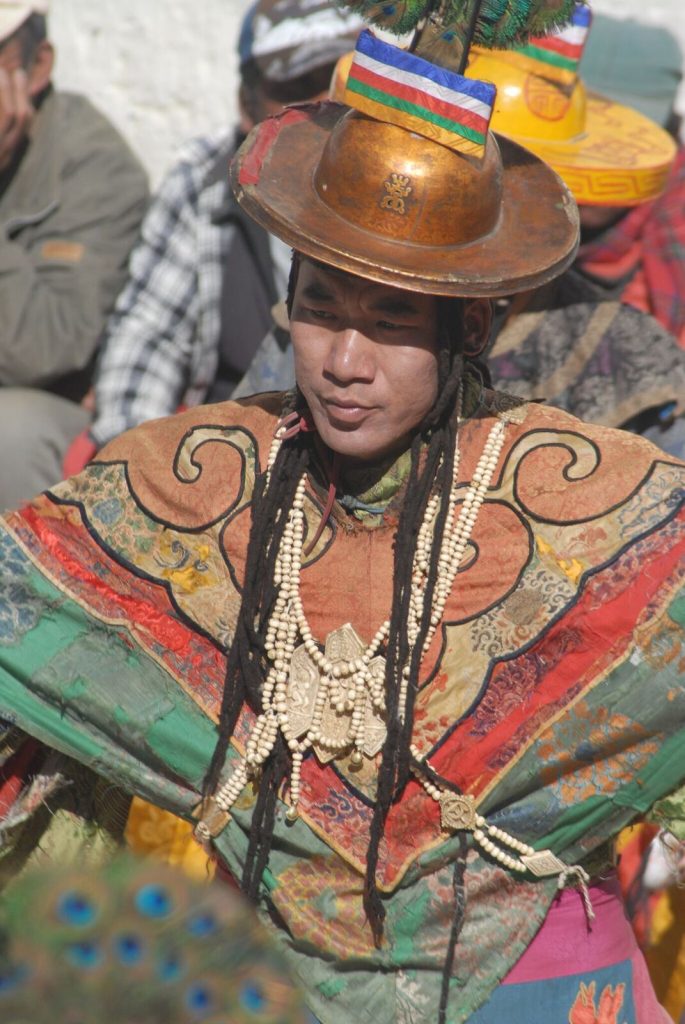 to the sounds of long horns, pounding hand drums and clanging cymbals take place in the courtyard of the old Mustang Royal Palace in Lo Manthang. To witness it beneath the awe-inspiring peaks of the Himalayas is an experience that will make you pinch yourself to prove you’re not living a dream.

Horses may be giving way to cars and motorbikes in Upper Mustang, but the Yartung Horse Festival has only become stronger. Recently, the boisterous festival that was once was only celebrated within the walled city of Lo Manthang has extended to smaller villages, involving more locals and becoming a tourist attraction for adventurous travelers.

The king of Mustang opens the three-day festivities to celebrate summer’s end and mark the completion of the growing season. The main attractions of Mustang’s version of the Kentucky Derby are the horse racing and breath-taking riding competitions between daring locals. But there’s so much more: After all, what would a Himalayan festival be without parades, archery, acrobats, eating, drinking, singing, dancing and, of course, offerings to Buddha!

This “land of high passes” in north India is called “Little Tibet” and is actually western Tibet, as well as  the summer home of the Dalai Lama, and the site of several Buddhist festivals. 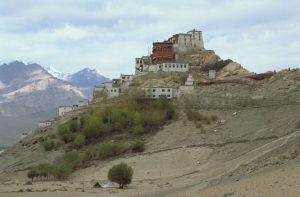 Hemis Monastery is home to this two-day birthday party for Guru Rimpoche (also called Guru Padmasambhava), founder of Tantric Buddhism in Tibet.  The monastery is richly decorated each year, but every 12 years, in the Tibetan Year of the Monkey, the embellishments become especially elaborate as monks unfurl the four-story tall, bejeweled thangka painting of the Guru.

The local people decorate themselves, too. Lamas and monks don their most colorful garb for dancing around the monastery flag pole, and the local people come wearing their most treasured traditional clothing. Handicrafts are brought to exhibit and sell, and there’s plenty of chang—a kind of barley wine—drinking to enhance dancing and decrease inhibitions.

At the Dak Thok Monastery about 30 miles from Leh, Guru Padmasambhava’s birthday rates another celebration. Ladakh’s oldest monastery is full of life, but the highlight of the gathering is the masked dance performed by lamas in brilliantly colored, elaborately decorated costumes.  As cymbals crash, the lamas twist and turn to show their terrifying masks to the crowds.  Simply watching the dancing, say the locals, is said to give one merit.

The longest on-going party in the region is the government-sponsored Ladakh Festival in Leh and surrounding villages. Various ethnic groups in their traditional dress open the festivities with a parade through the Leh market. For the next several days, this festival offers everything you could wish for in a celebration: Masked dancers from the monasteries, traditional folk dancing, craft selling, concerts, sporting events such as archery, music and, of course, feasting and plenty of chang.

The government’s idea of a good time was a huge success, and the festival now attracts travelers from throughout the world.  Book your trip well in advance.  January is not too early. 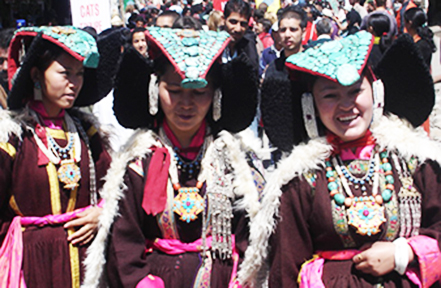 In the 7th century, Buddhism became the state religion of Tibet, but since the 1950’s when the region was incorporated into the People’s Republic of China, monks and Buddhist practitioners have faced serious challenges. Fortunately, several of the rituals and festivals have persisted.

In the old days, Tsongkapa, the great Gelugpa teacher, required monks to meditate in monasteries from April through June, basically to keep them out of trouble and from earning demerits in their lives.  At the end of this period, locals used to serve the monks yoghurt or curd (Shoton actually means “yoghurt”), perform Tibetan operas, enjoy outdoor summer picnics and horseracing, and just “whoop it up!”  Great Thankas at Sera and Drepung Monasteries in Lhasa are unveiled, and 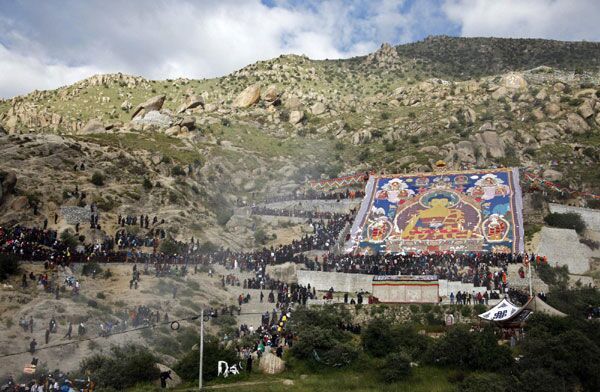 This is one summer festival in the Himalayas that travelers need not be shy about joining in since it involves going to the beach. There are no rituals to follow or costumes to wear (other than your bathing suit) to set you apart from the crowd.

The point, according to Tibetan lore, is to benefit your health. The belief is based on an ancient myth that the compassionate bodhisattva, Avalokitesvara, poured holy water into a river, to give the waters healing powers. The reality: In a country where bathing is infrequent due to the cold, summer is when the rivers of Tibet are warmest, making it the perfect time for a bath.

As Venus rises in the sky, the daily bathing ritual begins. For about a week until the sacred star sets, men, women and children flock to the river to bathe, swim and  have a beach party with singing and feasting.

Want to learn more about traveling summer festivals in the Himalayas? Check out our Nepal, Ladakh and Tibet travel experiences, or contact us for more information!

Have Questions? Reach Out Today.
0shares