So far as I am able to judge, nothing has been left undone either by man or nature to make India the most extraordinary country that the sun visits on his rounds.  –Mark Twain

There is beauty everywhere you look in India, so listing just 8 or even 800 of the most beautiful places in India is a fool’s errand. We decided to narrow the scope of “beautiful” to our own definition: A beautiful place inspires awe, makes our eyes widen and our hearts beat faster and literally stops us in our tracks. The 8 beautiful places in India listed below are ones that stay fresh in the mind’s eye long after returning home. These sights are as wild as the mangrove forests of the Sundarbans and as serene as the sun setting on the Taj Mahal. And unlike the usual “most beautiful” lists, ours emphasizes nature.

Here are the places in India—natural and manmade—that mean beautiful to us:

1. The Great Himalayas as seen from Ladakh 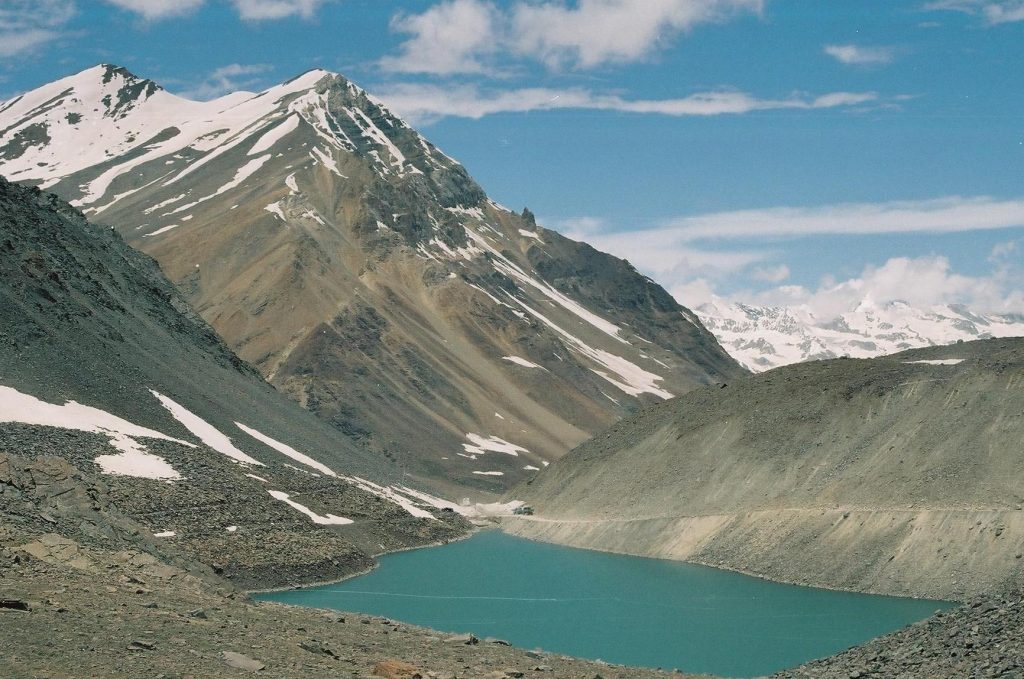 You can get up close to Everest on a trek in Nepal or fly over them in Bhutan but in India, the jaw-dropping view is from Ladakh, the land of high passes. Why Ladakh? Two reasons: You have a bird’s eye view since you’re already at a height of nearly 10,000 feet! And there’s not much vegetation on in this high-desert plateau, so there is little to block your view of the sky-touching peaks of the mountain giants. 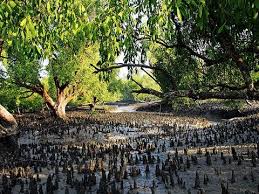 2. The Mangrove Forest of the Sunderbans in West Bengal

A network of tributaries from the Ganges meet at the Bay of Bengal, creating a delta of creeks, swamps, mudflats, salt flats, dunes, and islands. The delta is a continually changing ecosystem where 34 different species of mangroves and 40 related plants thrive in the river sediment.

The mangrove forest is the world’s largest and a UNESCO World Heritage Site. The forest is spectacular, but what truly delivers on our “beautiful” definition are the hundreds of animal species that live here, including some 270 Royal Bengal tigers that swim and co-exist with huge crocodiles! 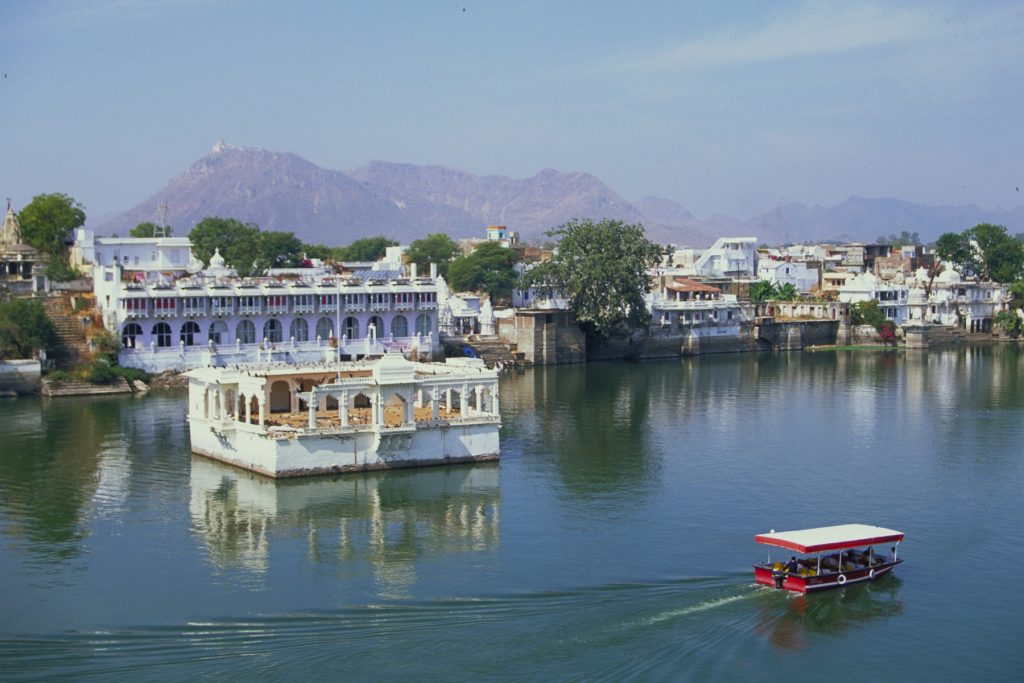 Five lakes dot Udaipur, the “Venice of the East,” but Lake Pichola is at the largest and the heart of the city. The 2 ½ mile-long artificial lake is framed by many Mughal-style palaces, mansions, and other architectural wonders. Small bridges cross Lake Pichola’s narrow parts.

All this beauty is held against a backdrop of pale purple and green hills. At night, the lake is the stuff of fantasy—lights twinkle along the shoreline and the moon’s reflection makes a path on the lake’s surface. (Did you know–Lake Pichola made its Hollywood debut in the James Bond film, Octopussy.) 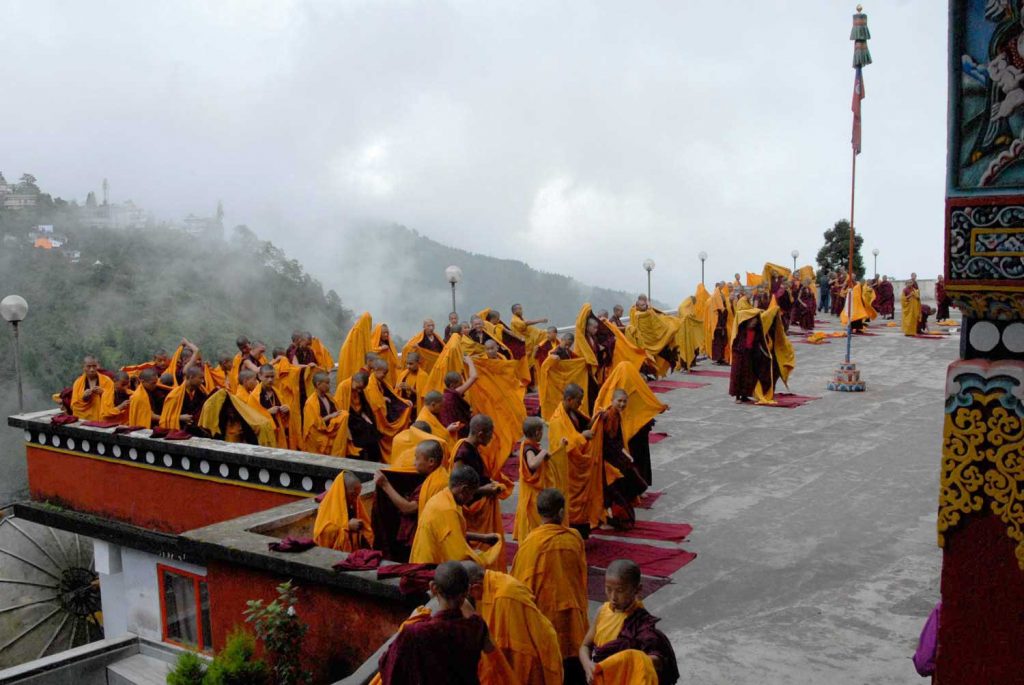 Scattered throughout the Himalayan foothills of Sikkim are some 200 monasteries. Many are weather-beaten to a shadow of their former colorful selves, but a handful are well maintained and attest to the timeless artistry of Tibetan Buddhist culture.

One of the most magical is the Tashiding Monastery, perched on a hilltop above two rivers. The lovely, gentle landscape is a perfect setting for the stunning red, white and yellow monastery and the fluttering blue, white, red, green and yellow prayer flags that surround it. Did we say Buddhist monasteries are colorful? 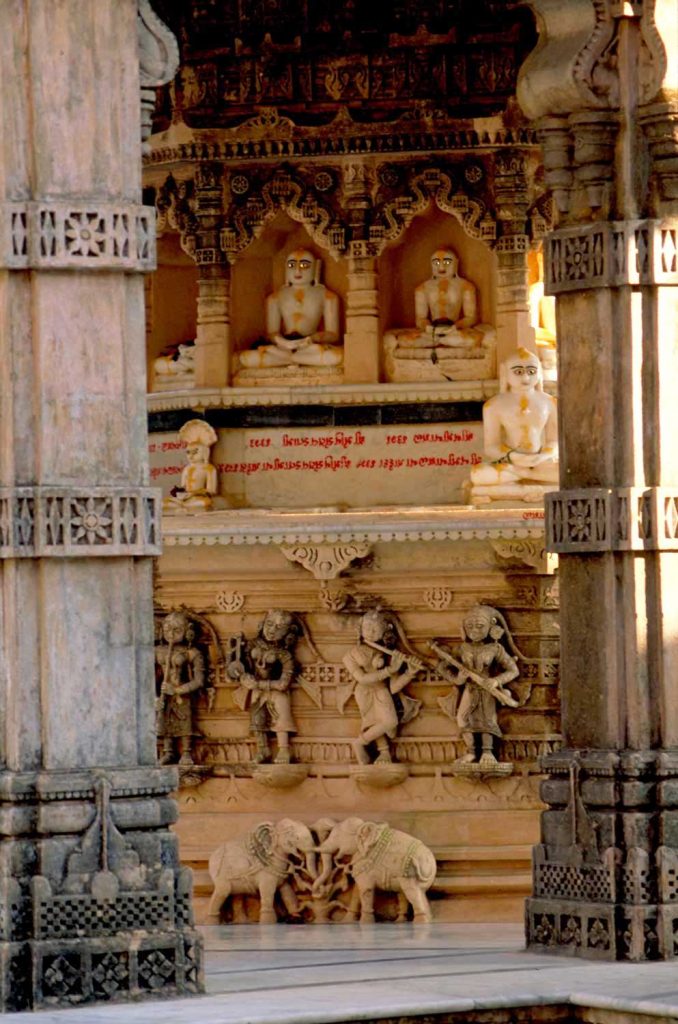 Tourism to this far western region of India has been on the upswing in recent years, and high on visitors’ must-see lists are the hundreds of Jain temples, some dating back to the 6th century. But which to visit?

The most beautiful is the mountain of temples on Shatrunjaya Hill near Palitana, aka the “City of Temples.” The sight of these intricately carved marble and stone temples stacked nearly on top of each other is astounding. No wonder it’s a pilgrimage site for India’s Jain population. 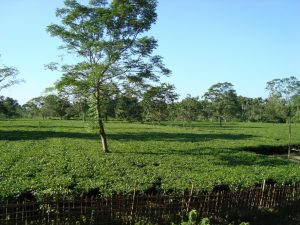 2017 was the best year yet for India’s tea plantations. The record-breaking 530 pounds of tea was grown mostly on estates in two northeast regions– Assam and Darjeeling.

In both areas, tea fields cover the rolling hills like a sprawling green carpet. A leisurely tea tasting tour—not unlike a visit to wine country in the US—is a great way to take in the verdant vistas. 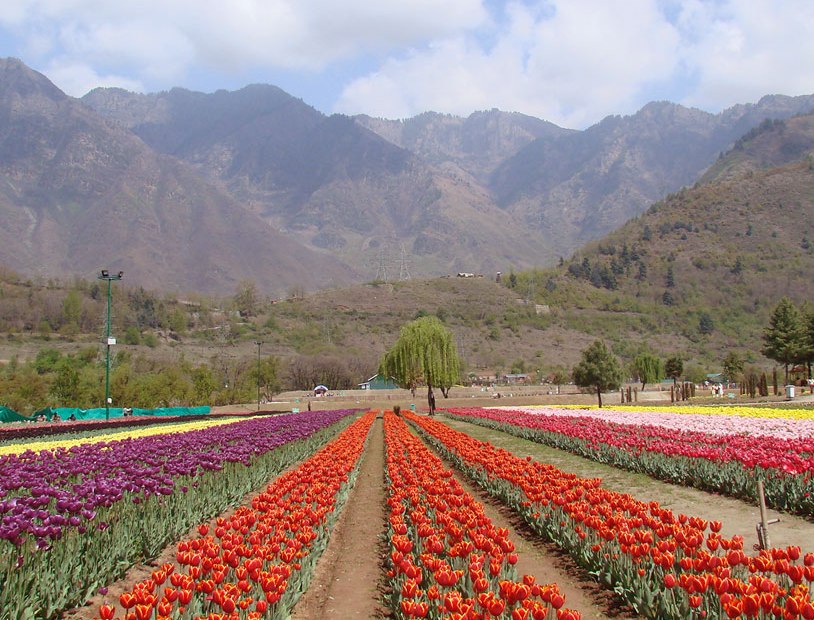 The largest tulip fields in Asia are in the valleys of the Himalayas and Karakorum mountains of central and southern Kashmir. The precisely planted rows of 46 varieties of tulips create a vibrant geometry of reds, yellows, pinks, and purples.

Each spring a lively Tulip Festival takes place at the Indira Gandhi Memorial Tulip Garden in Srinagar. How’s this for a spectacle you won’t forget: More than a million blooming tulips covering 7 terraces and nearly seventy-five acres! 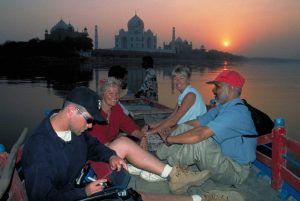 If there were a celebrity list of breathtaking sights, the Taj Mahal would be right up there with the Grand Canyon and the Eiffel Tower. But trust us–you may have seen hundreds of photos of the Taj, but none can prepare you for that first glimpse of this glorious mausoleum. That first sight of the dome and minarets will bring your steps to a halt and yes—cause your eyes to widen!

Watching the colors of the sunrise bounce off the pure white marble in shades of pink, lavender and yellow is thrilling, but we suggest you return for a sunset viewing. The color is a bit softer and even more luminous. Sunset viewing is best from the “uncrowded” park behind the Taj and just across the Yamuna river.

Now that you’ve learned of some of the most beautiful places in India for us, it’s time to discover some of your own! Whether you are visiting wildlife safaris, sampling regional cuisine or experiencing colorful festivals, you can have the adventure of a lifetime when you travel India.