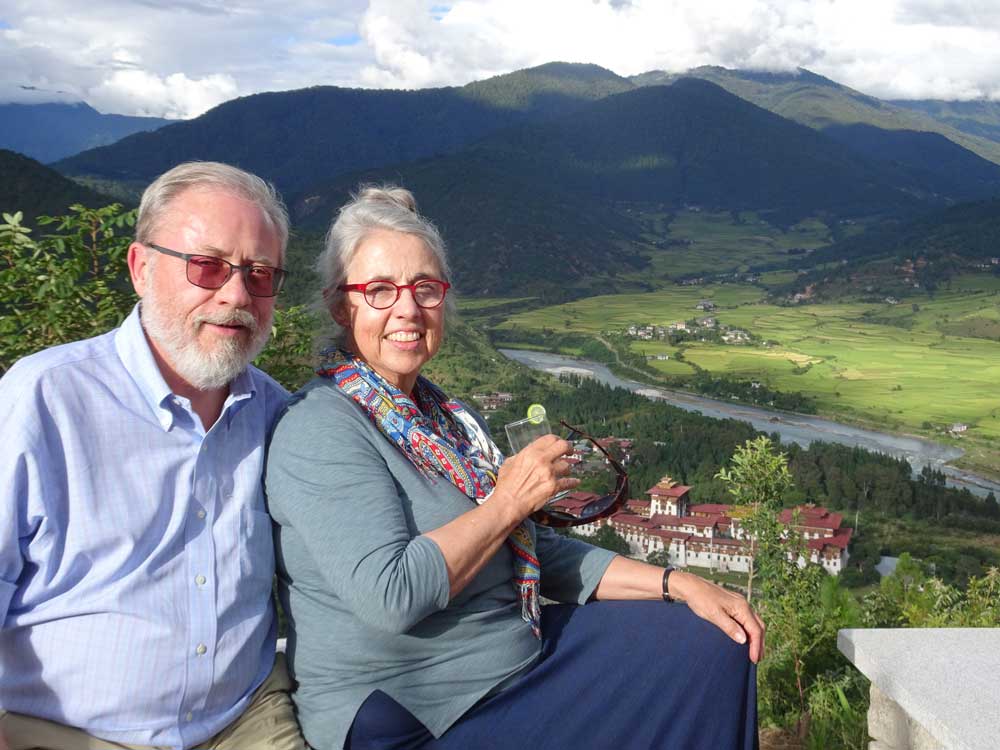 We count ourselves among the million+ viewers of Places Unknown who loved traveling the world vicariously with Anthony Bourdain. But we especially enjoyed episodes documenting places we knew well. We were eager to see if Bourdain’s impressions of the country and its people jived with ours. And they almost always did.

A prime example of our mutual travel experiences was Bourdain’s last-aired program on Bhutan. His journey in this amazing country carried us beyond the temples, prayer wheels and jaw-dropping scenery that we know so well to the heart of its people. And, as always in Parts Unknown, Bourdain delved into the culture of Bhutan through its food– growing it, preparing it and eating it.

Food and Drink in Bhutan — From Roadhouse to Homestay 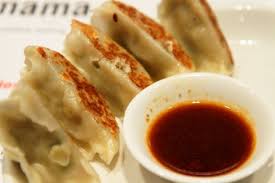 From the drinks served with dinner at a roadhouse filled with construction workers to a home-cooked meal, artfully set before him by the woman who prepared it, Bourdain savored everything! And his unique metaphors described the myriad tastes so well that viewers could almost partake of them.

You can feel the heat of a chili-and-cheese-filled momo, which Bourdain described as “your third eye opening.” (Momos, stuffed with meat or vegetables, soon became his go-to food through his stay in Bhutan.) He referred to the yak meat he was served everywhere as “yak jerky.” 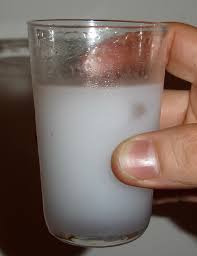 Accepting a welcoming drink of ara, a raw alcohol made from wheat or rice, Bourdain said it tastes “like a kind of warm sake.” Indeed, various forms of ara are a leitmotif of this episode. Bourdain tries it clear, milky, with a few strands of cordyceps (a fungus said to enhance virility, for one thing) and one home-brewed version that he says, “tastes like aftershave.”

In one segment, several of our favorite dishes and ingredients are presented to the filmmaker. We did wonder whether or not the cook went easy on the ubiquitous chilies, as most Bhutanese chefs have learned to do for Western palates. (In Bhutan, chilies are considered a 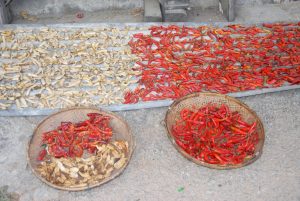 vegetable not a flavoring spice.) Along with the chilies and cheese, there are tomatoes, lentils, green beans, nettles, spinach, mung beans and yak.

Bourdain also feasted on the traditional dish of Bhutan, Ema Datshi. This chilies and cheese stew is usually served with red rice (also a Bhutanese classic) or buckwheat noodles. The following recipe is included with specialties from other countries on Explore Parts Unknown. Dining for Women, posts a Westernized Ema Datshi version that’s perfect for a potluck.

Lhamo, a mother of three from Thimphu, is widely admired for her ema datshi (she goes only by her first name). She recently shared her recipe with writer Gopilal Acharya for Explore Parts Unknown. 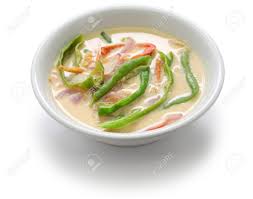 Wash the chili pieces and cut them into smaller horizontal pieces. Set a pan on the stove and fill it with ½ cup of water. Now throw chili, chopped garlic, sliced onion, salt, and butter in the pan. Sprinkle a ball of cottage cheese on top. Cover the pot and boil it on low flame for about 10 minutes. Stir and serve with red rice. 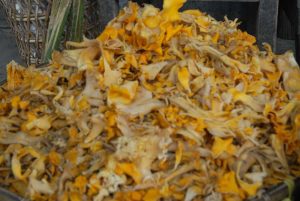 Bhutan mushrooms are world famous, and we feel certain that Bourdain probably sampled them, most likely in a stew or curry. Collected in the wild or farmed, mushrooms are a boon to the local economy and are sold in markets and roadside stands. And some—like the matsutake—are exported. There’s quite a variety, too, including Himalayan gypsy, button, oyster and coral mushrooms; shiitakes; matsutake and several types of chanterelles, our personal favorite.

The Bhutanese put mushrooms in ema datshi, but they are also used alone as a vegetable, in soups and stews or in some medicines. A classic Bhutanese dish is shamu datshi, a kind of mushroom sauté with green onions, butter, and cheese. Another favorite is beef and mushroom curry or tshoem. 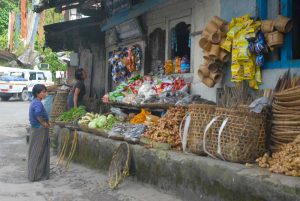 Tour a market to see the array of mushrooms among the vegetables and cheeses. If you see a roadside food stand of any kind, stop, look, taste and buy. Exotic mushrooms are far a cheaper food in Bhutan and the cook at your next stop will cook them up for you. Also, the roasted corn is a great treat. Yes, most hotels serve a delicious buffet of Western, Indian, and Bhutanese dishes, but venture beyond when possible, and enjoy some traditional meals in the small restaurants popping up in Thimphu and Paro and along the highway. If you want to take something home that’s a permanent reminder of your journey, take a cooking class or watch a chef make momos.

Ready to taste the foods of Bhutan?

Now that you’ve gone touring of the best foods of Bhutan as detailed by Anthony Bourdain, it’s time to try them out for yourself! Let Myths and Mountains help you find the perfect Bhutan touring travel destination.