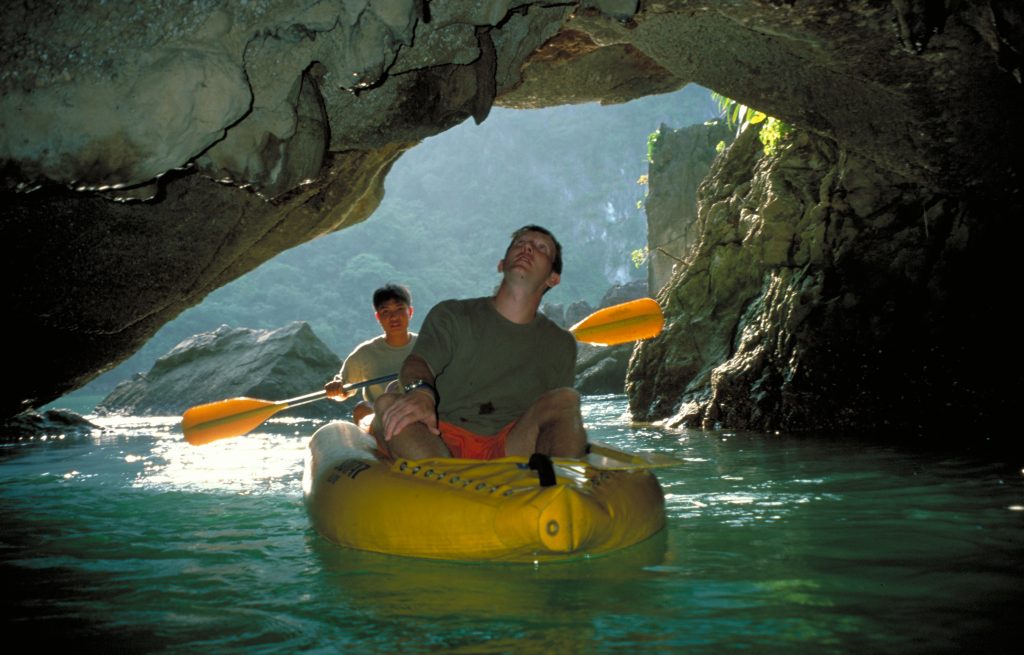 Thousands of jagged karsts rise out of Vietnam’s bays and limestone terrain, forming dramatic towers that dot the sea and landscape. While tourists capture the drama of these rugged peaks in photos taken from the distance of a boat or hiking trails, adventurous travelers can explore caves that have been carved in pockets within the karsts by rising seas and underground streams. When traveling to Vietnam with Myths and Mountains, you have the opportunity to explore the views from within the Vietnamese cave.

While the caves-within-karsts are heaven for spelunkers, you don’t have to be an explorer to experience a transformative hike through a magical landscape of mineral peaks and pools. If you can hike, you can be an amateur caver and follow an experienced guide safely through caves that have been surveyed and mapped. Who knows? As Andrea from Wild Frontiers learned, you may make some discoveries of your own when traveling to Vietnam.

A Journey Below the Surface 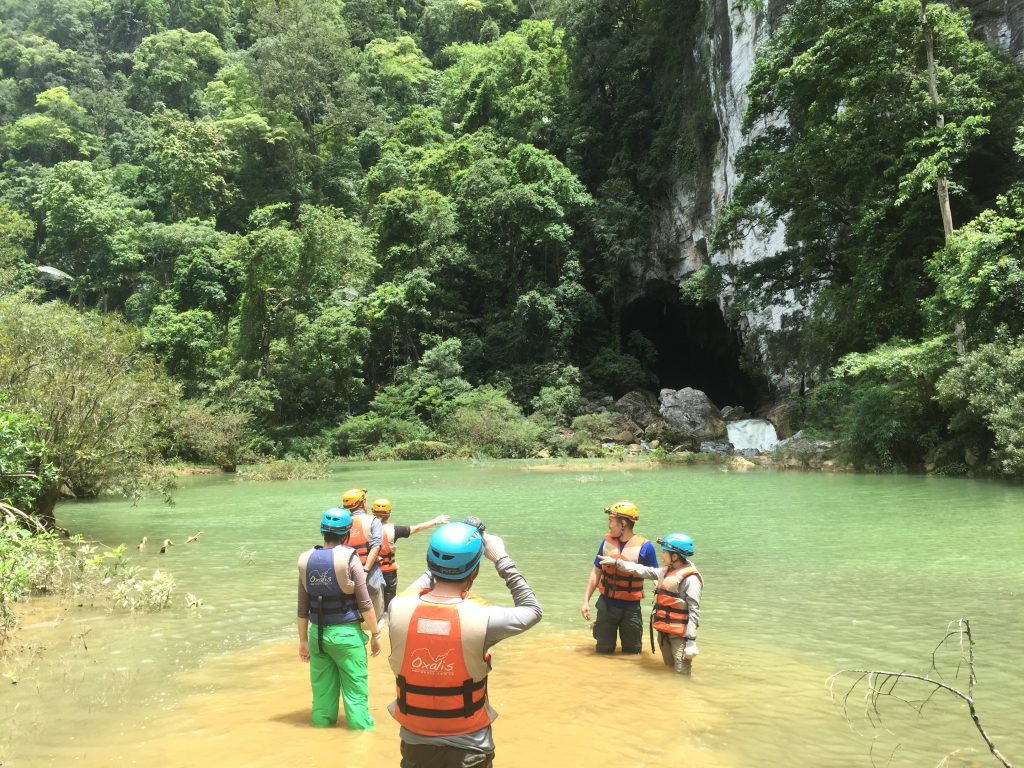 “Our group stops at a small stream for a break. Sitting around on rocks letting our breathing regulate after a long hike through the jungle. I feel a cool breeze hit my back and so I wander up through the palm trees, move some vines and find myself looking into the mouth of a giant cave. The guide coming up behind me explains that this cave was discovered only a year ago and not by any speleologist or a real-life Lara Croft, but by another tourist, who had done the same as me. She, too, felt a cool breeze and found its origin. 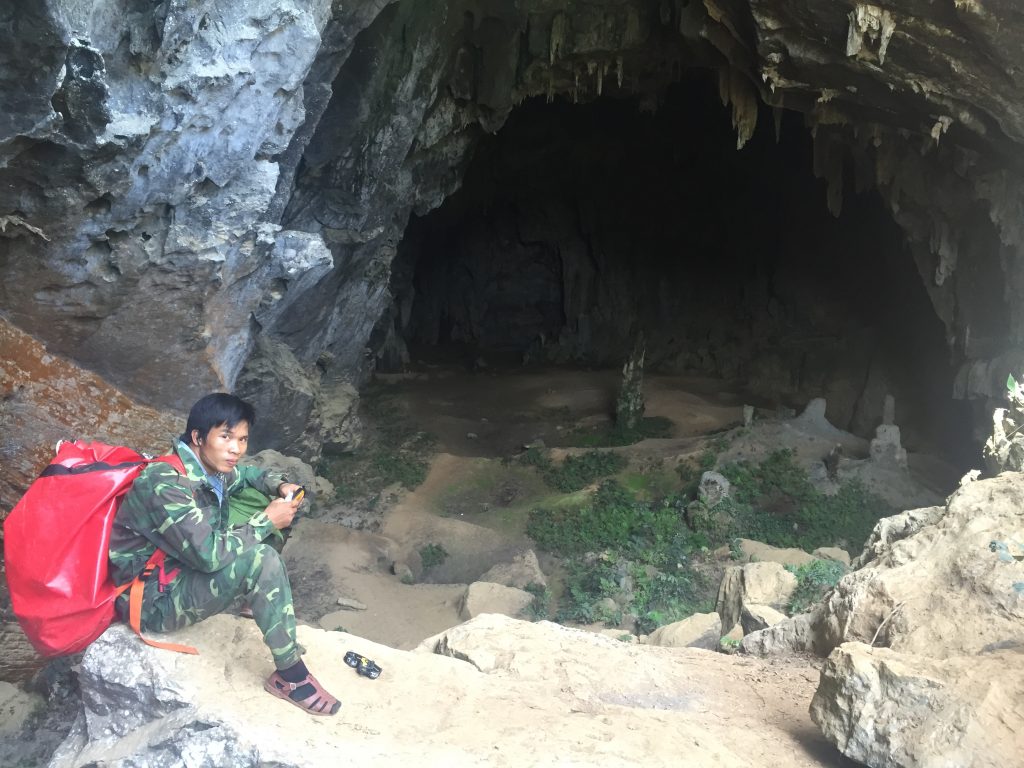 The guide explained that no one knew where this cave went as it had yet to be explored. This isn’t unusual for this area of Vietnam. Hang Song Doong, the largest cave in the world, was only discovered in 1990, mapped and explored in the late 2000s and only recently opened for visitors. The seven-day journey to visit that cave, which boasts its own weather system, seemed too big an undertaking for me, but now, halfway through my three-day/two-night adventure, I’m wishing I wasn’t already halfway done!

Today, after waking up outside the mouth of a cave, we had headed straight into it, trekking up river in knee-deep water. As the light faded, we switched to headlamps, eerily lighting our way as we climbed up ladders and slid carefully down rocks. It isn’t an adventure for the faint of heart, but these caves are much larger than caves I’ve explored in the past.  While the darkness can feel oppressive, much of the underground experience features large caves and vast openings. We exited the cave miles from where we entered climbing down rocks into a chilly underground river and floating out into the bright light of day, a surreal rebirth into the world.

As we floated out of the cave and into the Vietnam sun, 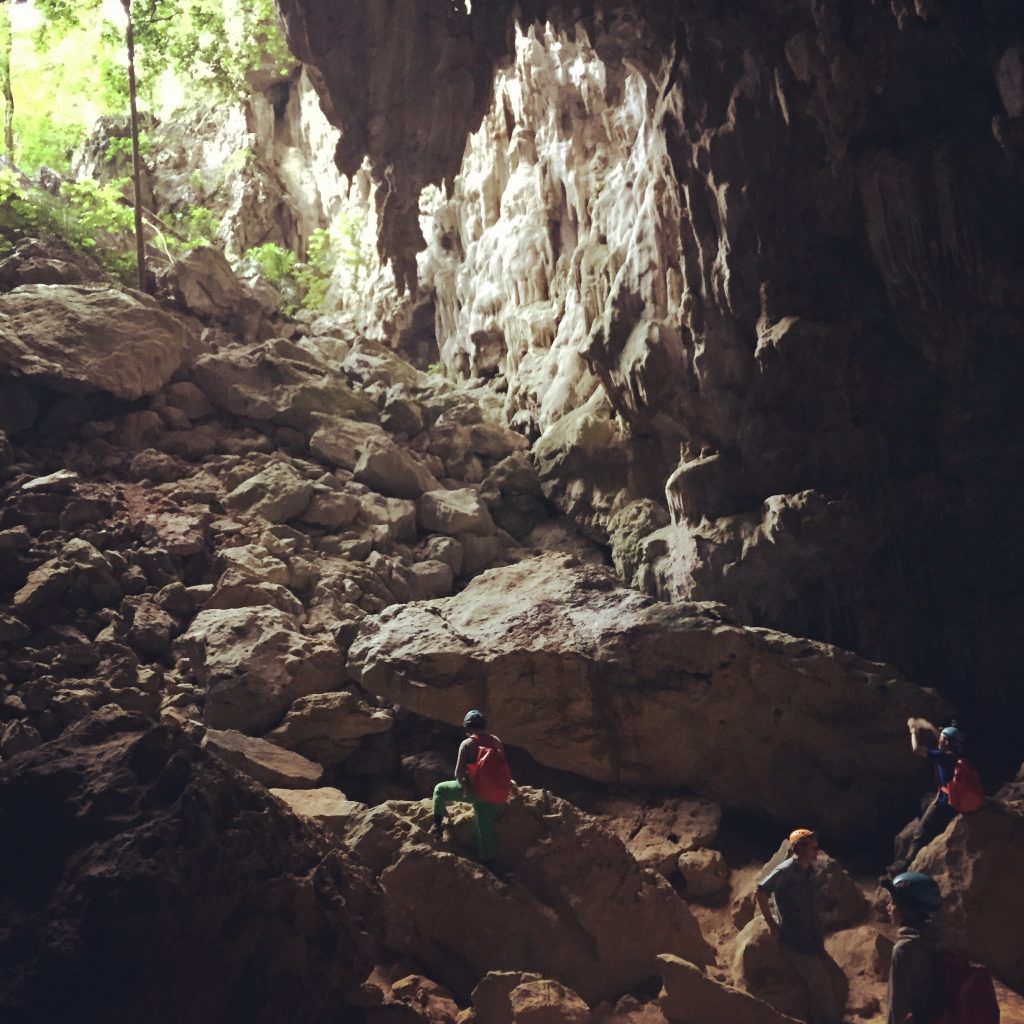 I wouldn’t have been surprised to see King Kong lurking nearby. It’s no wonder that they chose to remake the classic movie here as the landscape feels otherworldly, bigger than humanity but where a giant gorilla would fit right in. The night that we camped next to a small lake with huge limestone cliffs towering over us. Don’t worry the guides say, if it starts to rain, we can move camp into the cave and shelter there for the night. Instead, we get a cloud-free night, and I watch the stars from my jungle hammock.

So often we feel that the world has been explored and that everything to be seen has been seen, and probably shared on Instagram, but here in the jungle, surrounded by caves, it feels that new discoveries are waiting around every corner, or indeed,  that if you follow a cool breath of air, and pull back the vines, you might just discover a whole new world.”

Interested in traveling to Vietnam? Connect with us today to speak with a Vietnam travel specialist! We can help you create an itinerary and plan for the journey of a lifetime. Whether you would like to take a tour through Vietnamese caves, visit historic sites, taste local cuisine or any combination of these experiences, Myths and Mountains’ team can help!

Speak with an Expert