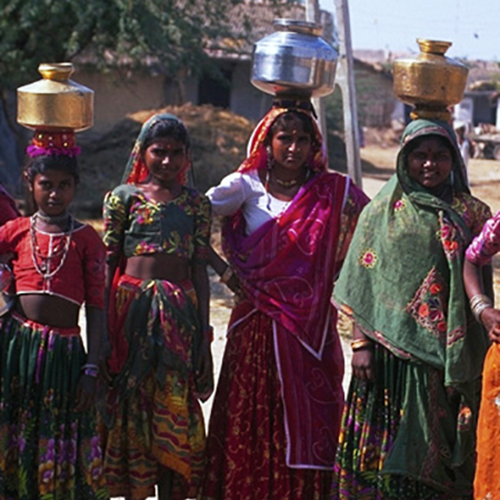 Usually off the tourist routes, Gujarat boasts remnants of an Indus Valley civilization dating back some say more than 8,000 years, 2,000-year-old remnants of the Buddhist emperor Ashoka, the first British commercial outpost in India, and the birthplace of Mahatma Gandhi. Known for its silk, handicrafts, and fine-carved furniture, Gujarat is one of the premier craft destinations in India. This special trip travels through the eastern mainland region and cities of Ahmedabad and Surat, the flat, barren plain of Saurashtra, and the Rann of Kachchh. Along the way, we visit wildlife sanctuaries, watch craftspeople at work, and appreciate some of the major festivals of the area – the Kite Festival in Ahmedabad and the Vautha Fair – the largest animal fair in Gujarat – nearby to Ahmedabad.

Fly to Bhuj and the Kutch Safari Lodge; wander the city.

Tour the Great Rann of Kachchh, visiting the tribal villages along the way.

Drive to Gondal with a stop in Wakaner.

Visit the Temple of Somnath; head to island of Diu.

Explore Palitana, the gateway to Shatrunjaya.

Stop at Lothal; head to Rann Riders in the Little Rann of Kachchh.

Tour the Rann of Kachchh.

Continue touring Ahmedabad. Late in the afternoon, catch a flight to Bombay and transfer to airport for flight home.