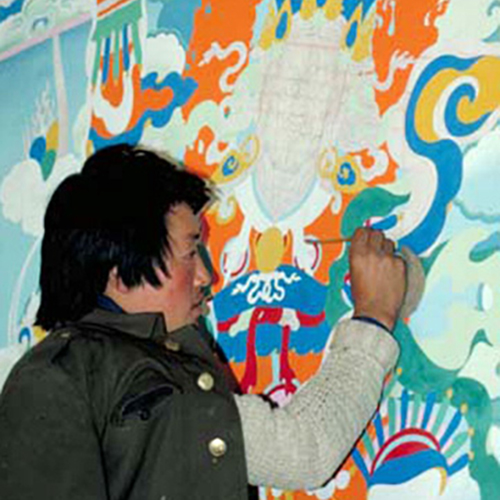 Buddhism in Tibet has a long and glorious history dating back to 700 AD and the conversion of King Songtsen Gampo. This Tibetan cultural tour traces the origins of the Buddhist legacy from the Yambulakhang, the oldest known dwelling in Tibet, and Samye, Tibet’s first monastery and where Tibet’s first monks were trained and ordained, west to the towns of Gyantse and Shigatse, and then back to Lhasa, the center of the Tibetan mandala. Along the way, you can savor the incredible art of Gyantse’s Kumbum, wander the pilgrim route around Shigatse’s Tashilumpo Monastery, taste salt tea and Tibetan momos, reflect on how the architecture mirrors the mountains, and truly get inside the issues and culture of today’s Tibet.

Fly to Lhasa; drive to Tsetang

Visit Kumbum and monastery as well as Peljor Chode Monastery

Drive to Shigatse and participate in the kora or enjoy the dancing in October.

Drive back to Lhasa; walk in the Barkhor

Explore the Jokhang, Potala, and Sera

Fly back to Chengdu or other destination.